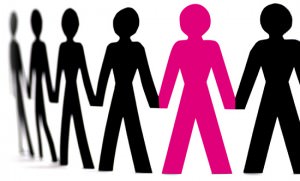 Have you been treated negatively by your employer because of your gender?

Have you been given fewer opportunities or inferior job duties because your employer thinks that men are more capable of doing a certain job?

Has your employer denied you leave believing that caring for a sick child should be left to the mother?

This type of workplace conduct is both unfair and illegal, under California’s Fair Employment and Housing Act (FEHA).

Gender discrimination can take several forms. Often times, woman can hit a “glass ceiling” in terms of promotions or pay rates within a company. Women can also hit “glass walls” when they attempt to transition into occupations traditionally dominated by men, such as construction work or sciences. Gender discrimination can appear in other ways, such as sexual harassment or treating women negatively in the workplace. Men, as well as women, can suffer the effects of gender discrimination.