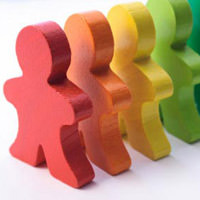 It is against the law in California for an employer to discriminate against an employee the basis of race, religion, or national origin. Employees who are victims of such discrimination often have a potential legal claim under California’s Fair Employment and Housing Act, which forbids harassment or discrimination when it comes to any aspect of employment, including hiring, firing, pay, promotions, layoffs, training, recruitment, and employee benefits.

Racial discrimination can take a variety of different forms in the workplace, some of which can be subtler than others. Race-based discrimination is considered to be illegal when it results in an adverse employment decision (such as the victim being fired or demoted). Racial harassment is also against the law when it is so frequent or severe that it creates a hostile or offensive work environment.

Examples of racial discrimination or harassment may include the following:

State and Federal law prohibit employers from unlawful retaliation against employees who oppose racial discrimination or participate in an anti-discriminatory proceeding, even if they are “at-will” employees. If an employee has been fired in retaliation for engaging in such activities, they may have a claim for wrongful termination in violation of public policy.