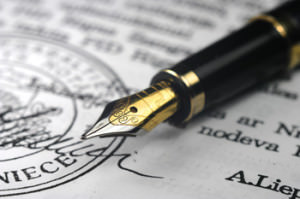 A non-compete agreement is a contract under which one party (usually an employee) agrees not to pursue a similar profession or trade in competition against another party (usually the employer). These contracts are intended to prevent the possibility that an employee will not engage in activities that place him or her in direct competition with their employer, or use sensitive information such as customer/client lists, business practices, upcoming products and marketing plans.  In many instances, the non-compete agreement may be contained as a section or clause under the larger employment contract.

In cases where an employer terminates an employee for refusing to sign a non-compete agreement, the employee often may have a valid claim for wrongful termination in violation of public policy.