As a California employment firm specializing in unpaid wages and discrimination, Baker Law Group, LLP was extremely happy to hear of a recent ruling regarding FedEx ground drivers. This case ruling makes an important point regarding employees who have been misclassified as “independent contractors.” The following article contains very helpful information for potential clients who may find themselves in a similar situation.

The following is a special report from Leonard Carder, Copyright (C) 2014 PR Newswire.

On August 27, 2014, the Ninth Circuit Court of Appeal ruled that a class of 2,300 individuals working for FedEx Ground was misclassified as independent contractors instead of employees. As a result, FedEx may owe its workforce of drivers hundreds of millions of dollars for illegally shifting to them the costs of such things as the FedEx branded trucks, FedEx branded uniforms, and FedEx scanners, as well as missed meal and rest period pay, overtime compensation, and penalties. The case is known as Alexander v. FedEx Ground, and covers employees in California from 2000 – 2007. The ruling can be found on the Leonard Carder website at leonardcarder.com.

Judge Fletcher’s majority opinion was very clear on the question of whether these workers are employees or independent contractors, stating “We hold that plaintiffs are employees as a matter of law under California’s right-to-control test.”

The court’s decision is the most recent in a series of cases that have methodically proven that FedEx Ground’s independent contractor model is built on the legal fiction that its drivers are in business for themselves. The Ninth Circuit decisively rejected that claim. The court’s finding in Alexander that drivers in California are covered by California’s workplace protection statutes not only impacts one of FedEx Ground’s largest workforces but could influence the outcome in over two dozen cases nationwide in which FedEx Ground drivers are challenging the legality of their independent contractor classification. Millions of packages are delivered every day across the state under the control, direction, and supervision of FedEx Ground. In addition, many trucking companies have been operating under a similar model in which they classify their drivers as independent contractors.

“FedEx Ground built its business on the backs of individuals it labelled as independent contractors, promising them the entrepreneurial American Dream,” said Leonard Carder attorney Beth A. Ross who is a national leader on cases covering the exploitation of workers by mischaracterizing them as independent contractors. “However, as Judge Trott said in his concurring opinion, not all that glitters is gold.”

“We have heard of many instances where the secondary drivers are earning such low wages that they have to rely on public assistance to make ends meet,” said Ross.

The drivers’ attorney Beth Ross added, “Nationally, thousands of FedEx Ground drivers must pay for the privilege of working for FedEx 55 hours a week, 52 weeks a year. Today, these workers were granted rights and benefits entitled to employees under California law. To be clear, the Ninth Circuit exposed FedEx Ground’s independent contractor model as unlawful.”

Among the noteworthy elements to emerge from the litigation, FedEx Ground’s practices take advantage of workers and are anti-competitive. FedEx Ground’s so-called “contractors” do the same work as UPS and U.S. Postal Service drivers for substantially less pay and without benefits. This plays out in two distinct ways. FedEx Ground saves money and harms drivers and the public by avoiding employment taxes and workers’ compensation insurance, and complying with all other workplace protections.

Ross added, “This ruling will have seismic impact on this industry and the lives of FedEx Ground drivers in California.”

If you believe you have been unfairly missclassified as an Independent Contractor, you may be entitled to compensation. To learn more, contact experience California employment attorney Michelle Baker. Schedule your free consultation today by calling (858) 452-0093. 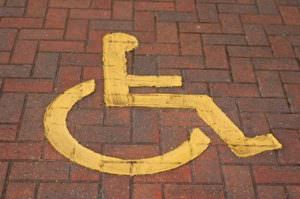 Sometimes when an employee becomes injured they qualify for protections under state or federal disability law. However, this can present complications when the employee also seeks disability related benefits through state or private insurance. In a recent case the 9th Circuit Court of Appeals reviewed whether an employee who claims total disability for the purpose of disability benefits can also be protected under the Americans with Disabilities Act (ADA).

In Smith v. Clark County School District a school employee, Smith, suffered a back injury. She then applied for disability benefits under Nevada’s Public Employee’s Retirement System (PERS) as well as medical benefits from her insurance.

Smith also applied for Family and Medical Leave Act (FMLA) leave. On Smith’s FMLA application her doctor stated that Smith was presently incapacitated and was unable to work until she received further notice by a doctor. Smith stated on her application for disability benefits under PERS that she was completely unable to work due to her injury.

Smith then sued the school in federal court alleging violations of ADA for failing to provide her with reasonable accommodations for the literary specialist position. The court dismissed the lawsuit because Smith stated that she was permanently disabled, meaning she could not do the work.

When the case reached The Ninth Circuit, they reversed the decision. The mere fact that Smith had made inconsistent statements in the PERS application was not seen as conclusive that she was totally disabled and could not perform essential job functions. In other words, the fact that Smith was totally disabled for the purposes of PERS disability benefits, but at the same time told the district that she could perform the duties of a literary specialist could not be used against her. The reasoning was because the claim for disability benefits under PERS did not take into consideration whether reasonable accommodations could make employment a possibility for Smith.

If you have experienced disability discrimination, you may be entitled to compensation. To learn more contact Michelle Baker at Baker Law Group, LLP. Schedule your free consultation today by calling (858) 452-0093.

The Ninth Circuit recently released an opinion that upholds the burden of proof that an employer must claim in retaliatory discharge lawsuits. In Westendorf v. West Coast Contractors (9th Cir. 2013) an employee alleged that her male employee and supervisor made sexist remarks towards her. The remarks allegedly included suggestions that the employee wear a French maid’s uniform; and also involved obscene comments about tampons, women’s breasts and orgasms.

The employee made a formal complaint to her company’s president. The president allegedly reprimanded the supervisor but apparently did not seem to take the allegations seriously. The employee then alleged that the supervisor began making strange demands of her and harshly criticizing her for not following them. She complained a second time to the company president, who she says exclaimed that he was tired of listening to her and thought it was ”would be best if she got her personal items and left.” At which point she was escorted off the building. The company president alleges she had quit, but the employee maintained that she was wrongfully discharged for reporting sexual harassment.

The employee sued the company alleging it had created a hostile work environment and that it retaliated against her for speaking out about it. The district court dismissed the employee’s case on the grounds that she had been unable to prove either claim in the complaint. However, on appeal the Ninth Circuit found that the retaliation claim should not have been dismissed.

The Ninth Circuit held that because the company failed to provide any explanation for the alleged firing except that the employee quit, it could not get the case dismissed. The court highlighted that even if the company defended itself by saying that they fired the employee because of the employee’s failure to follow the strange directions that her supervisor gave her, that the reasoning would be pretextual because the employee had no record of insubordination before she complained about the harassment.

This case sets helpful precedent for employees in discrimination and harassment retaliation cases because it shows that when an employer fails to provide a reason for a termination or provides a frivolous reason, the employer cannot get the case dismissed early.

Wrongful termination because of sexual harassment and discrimination is illegal. To learn more about how to exercise your legal rights, contact the experienced California Employment Law Attorneys of Baker Law Group, LLP. Call (858) 452-0093 to schedule your free consultation.