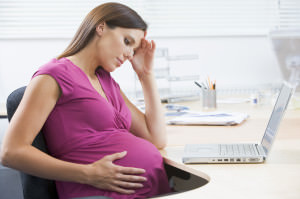 An Overview of Pregnancy Leave Law:

Pregnancy Disability Leave Law (PDLL) and the California Family Rights Act (CFRA) allow women to take disability leave while pregnant and after delivery. However, even with the above-mentioned leave afforded by both acts, some women experience complications or unique situations that keep them from returning to work before the statutorily imposed time frames.

According to the California Court of Appeals, some women may now be entitled to even more pregnancy leave.

In the case of Sanchez v. Swissport, Inc., Cal. Ct. App. Feb. 21, 2013 an employee, Ms. Sanchez, was diagnosed with a high-risk pregnancy that required extended bedrest. She applied for and pregnancy leave and was granted 19 weeks of leave from her employer as required by PDLL. However, Ms. Sanchez was still unable to return to work after the leave period expired and still had 3 months to go before she could return to work. As a result, her employer terminated her position. Ms. Sanchez then filed a lawsuit based on gender discrimination, citing the employer’s failure to engage in the interactive process to determine whether she could be provided with reasonable accommodations.

Her employer argued that it was not required to provide Ms. Sanchez with additional leave because she had exhausted all leave that was required by PDLL and CFRA. However, the trial court disagreed. The employer appealed and the California Court of Appeals upheld the decision that the employer was wrong.

The Role of FEHA and CFRA

The Court ruled that simply providing 4 months of leave under PDLL does not entitle the employer to avoid the separate requirements of the Fair Employment and Housing Act (FEHA), in which an employer must provide reasonable accommodations to employees with disabilities. Ms. Sanchez argued that she would have been able to return to work shortly after delivery and that it would not have been an undue hardship on her employer. The court agreed that this in theory could have been a reasonable accommodation.

Although the court did not address the issue of CFRA, it is worth mentioning that after giving birth an employee is entitled to up to 12 weeks of leave under the CFRA in order to care for a new child.

If your employer or former employer has taken action against you or terminated you after taking pregnancy disability leave, you may be entitled to a lawsuit to recover your wages and other damages. To learn more contact the experienced California Employment Law attorneys of Baker Law Group, LLP.  Schedule a free consultation by calling (858) 452-0093 today.