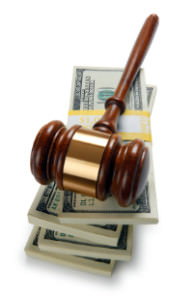 In a recent case regarding phone calls and unpaid overtime, a police department was sued when it failed to pay a police officer who checked his work-provided cell phone while off duty.

Allen Versus the Chicago Police Department

Police Officer Jeffrey Allen estimated that he took an average of one or two off duty calls on his employer provided blackberry per day. Allen later sought payment from the Chicago Police Department (Chicago PD) for that time he spent taking the work related phone calls. Allen filed a lawsuit in the federal district court in the Northern District of Illinois alleging that the Chicago PD violated the Fair Labor Standards Act (FLSA) by requiring him to take calls while off duty.

The complaint alleges that Allen was a non-exempt employee, eligible to receive overtime pay for time when he worked more than 40 hours a week. In January the court approved a conditional certification of the class of plaintiffs, which meant that current and former Chicago police officers in the Bureau of Organized Crime also became eligible to join the lawsuit.

The Chicago PD responded to Allen’s claims by stating that it had procedures which allowed employees to report overtime worked, and that Allen and other police officers simply failed to comply with those procedures. However, Allen argues that there was an unwritten rule that if an officer wanted a promotion he or she should not report overtime for emails and calls taken off duty.

Legally an employer must pay an employee for all time worked. An employer may not discourage employees from reporting time worked just because it happens off their employer’s standard work schedule. An employer can get into trouble with the law if they schedule their workers for 40 hour weeks and then expect employees to also answer emails or take calls at home because extra time spent working off the clock needs to be compensated at the overtime rate for every hour worked over 40.

California’s fair pay law, Labor Code Section 510, also imposes stricter requirements that employers must comply with. In California an employer must also pay overtime when an employee works more than 8 hours in a single day and for any time spent working on the seventh consecutive day of the work week. In some circumstances double time also needs to be paid.

If your employer has failed reimburse you or pay your wages you may be entitled to a lawsuit. To learn more contact experienced California Employment Law attorney Michelle Baker. Schedule your Free Consultation today by calling (858) 452-0093.